Home Musings The story of my quarter life crisis 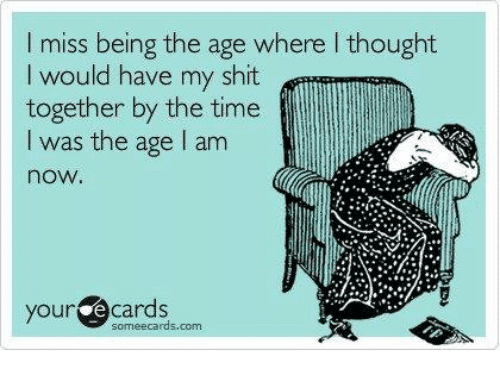 Back in 2014, when I was around 25 years old, I had my first big breakdown / awakening. I called it a ‘pre-midlife crisis’ before anyone started talking about the quarter life crisis … Let me walk you through how I got there and got out of it.

Side note: I originally wrote this blog post in Dutch in 2014 and have made an adaptation for A Minie Life below. Hope you enjoy!

My ‘crisis’ consisted of 3 steps and I think it took me about 2 years from start to ‘finish’.

It started at the end of 2012, when I realized that I was no longer satisfied with the job I had (my first job ever). I still really enjoyed working with my colleagues, but at the end of the day that just wasn’t enough. And I’m a big believer that if you no longer see any use in the thing that you are doing (for more than 8 hours) every day, then something has to change.

A good friend then advised me to think about where I wanted to be within 3 years and how I could get there.

Back then my answers looked like this: within 3 years I want to (1) have at least 1 or 2 children, (2) be my own boss and (3) have the freedom to live somewhere else a few months a year and still be able to do my job.

After quitting that job (my first job ever) I switched to a new one, but quickly realized that it also wasn’t what I needed. So I gathered all my courage and decided to quit without a back-up plan. I wanted to see if I could survive as a freelancer.

I calculated that, if necessary, I’d be able to live off my savings for 12 months and decided to go all in for an entire year. I promised myself to go crazy: one year to make my dreams come true and do crazy things. To do everything that I would regret not doing.

Become my own boss

After quitting my job I turned my side-hustle (making websites) into my main hustle. Like I said before … I had calculated that I could survive for a year if necessary and wanted to take that chance.

2014: I did make a decent paycheck from making websites. It was never steady and not enough to sustain me, but it gave me some additional freedom/money/peace of mind knowing that I wasn’t fully living off my savings.

2019: I can proudly say that I’m still my own boss! Though I also understand that being a freelancer is ‘imaginary freedom’. Because you always have someone you need to answer to, wether it’s a boss or a client. But this is what works for me. For as long as I can remember ‘freedom’ has been one of my main guiding values in life. And that’s exactly what you get as a freelancer. So I’m happy to also take on the burdens that come with it. 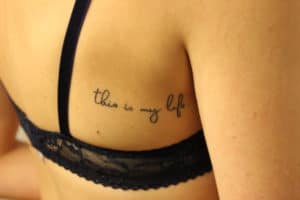 I had always talked about getting a tattoo, but knew I would only get one if it had a deep meaning. So I waited patiently …

2014: Yes, I did in fact get a tattoo. For years I had been aspiring to live according to the Holstee Manifesto and now that I was actually doing that, I wanted to immortalize this phase of my life on my body. That’s why I now have “this is my life” on my back forever.

2019: Still super happy that I got it. It looks great and it always reminds me of the original meaning: that I have to live my life the way I want! 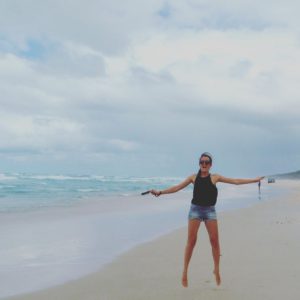 I had been dreaming for a while to just go away, without a plan, without knowing where I would end up and just go with the flow.

2014: A friend and I went backpacking in Australia for 3 months and it was a hell of a trip. Not travel-wise … Australia is pretty easy to travel through. But we both went through a lot emotionally and I’ll always remember this as one of the most ambiguous trips I ever did.

2019: Still to this day, I don’t know if it was a good trip or a bad trip. I definitely learned a lot but I’m not sure if I needed to travel to the other side of the world to do that.

I’ve always had a knack for languages (I sort of speak Dutch, French, Spanish and English) and wanted to add one more before I got too old to (easily) learn new things ;-)

2014: I have to admit that I never got around to doing this. I fiddled around with Arabic and Hebrew a bit, but quickly realized that if I wasn’t going to speak them regularly, I would never hang on to them. And so it didn’t make sense to spend time on this.

2019: Still no regrets that I didn’t learn an extra language!

One can never be prepared enough for the zombie apocalypse! … I don’t remember why I actually wanted to do this, but it was on my bucket list ;-)

2014: I did in fact shoot a gun in 2014. On our way to Australia we had a lay-over in Abu Dhabi for a few days. When we found out they have special resorts (for golfing, horse back riding, etc.) that also have shooting ranges we just went for it. 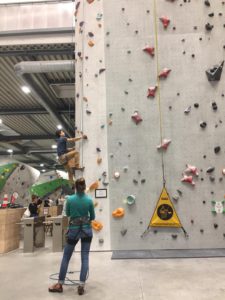 I’ve always had a love-hate affair with sports. I’m definitely not a sporty spice but I do believe that it’s important to stay fit and healthy. So my sports routine goes up and down. I decided that in my crazy year, I might as well go completely crazy and start working out ;-)

2014: I took up yoga, swimming and (indoor) rock climbing. Obviously that was way to much at once! I gave up swimming quickly (not my kind of sport). I did both yoga and climbing for a while and really enjoyed both of them.

2019: I did keep doing yoga on and off throughout the years. I find it really helps me clear my mind and I love how my body is both energized and relaxed after a session. Lately I’ve gotten back into climbing again and am absolutely loving it.

I strongly believe that an organized space creates an organized (and calm) mind. So a pre-midlife crisis naturally requires a major cleanup.

2014: I didn’t really struggle a lot with downsizing. I did it gradually over the course of a year and focussed on 2 things: I (1) went through my stuff and got rid of things I didn’t need anymore and (2) started being more conscious about what I brought into my home.

2019: One thing I’ve struggled with is aesthetics (how can I be a minimalist if ‘black and white’ isn’t my thing?). But I quickly realized that everyone has their own version of what matters to them and adds value. So for me, minimalism isn’t just about having ‘functional’ items in my house, but it also brings me value when things ‘look pretty’. Minimalism is a way of life for me now in the sense that I consciously think about the things I bring into my life. Whether that is people, things or experiences.

I try not to look back too much, unless I can learn something. I have to say I’ve really enjoyed updating this blog post and looking back at the decisions I made back in 2013. They seem so small and insignificant now … they’re just ‘decisions that I made’. But I’m sure I can’t grasp what a huge leap they were for me back then.

Here are some things I’ve learned about myself in the past years:

These are a few practical things I learned about myself during me pre-midlife crisis. If you want to know the general life lessons I gained, you can read this post from when I turned 30. It’s still very relevant.

Was this the only breakdown / awakening I’ve had so far? Absolutely not. Will it happen again? Probably …

I’ve learned that the more you get to know who you really are and what you want out of life, the bigger the chance of a new awakening. Which usually means there’s a breakdown as well … I’m so happy with how my life is turning out, that I sometimes forget how hard it was for me to go through this proces. Realizing I had no clue who I was or what I wanted in life. How hard it was to leave behind colleagues, figure out who I was, what I could and couldn’t do. Bumping into my own limitations and receiving negative feedback from the people around me.

It’s definitely worth it, but it’s not called a crisis for no reason ;-) 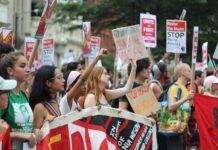 How I caught the entrepreneurial bug

How I Airbnb my guest room without the hassle