How’s that for a title? Guess you’ll have to keep reading to find out what it’s all about …

My day began this morning at 9am, when my alarm clock went off. My actual day started at 9.45am, which was when I actually got out of bed. Breakfast as normal, shower as normal, … I closed my suitcase and checked my mental list again to see if I had everything I needed and I walked out of the door. When I got downstairs, I saw that it was raining and of course remembered that I had forgotten my umbrella … So I had to rush back upstairs to get it. There I was, in the rain, with my suitcase and flip flops, ready to go to Barcelona! Still don’t know why everyone was staring at my feet when I was in the metro … My moto is: “The less you’re wearing when it’s raining, the sooner it’ll dry!”Once I arrived at the airport, I started realizing that I was again applying the JIT system (Just In Time), so I started hurrying up. Went through security and once inside the gate area, there were no clear indications of which gate I actually had to be to get to my plane, so I just followed the crowd … Then it turned out that the crowd wasn’t going to Barcelona, so I turned back and finally found the gate. Apparently, the boarding hadn’t started yet, so I could relax for a while and watch the guy across from me use his iPhone and resisting to take out my iPhone ;)

Then the boarding began, but I had to wait until they called my row. I looked outside and wondered where the plane was. All these people where going through the tunnel, but there was no airplane at the end. It was as if they disappeared into thin air!. When it was my turn to go through the ‘Tunnel of No Return’ I was scared of what would happen to me and started thinking of all the bad things I had done in my life and if God would forgive me for them. When I reached the end of the tunnel I of course realized I didn’t actually believe in God and saw that everyone had just gotten on a bus that would take us to the actual plane …Then I got on the plane (A320), but of course not without first taking a picture for the aerospace-geeks. Thanks to my iPhone the flight was over pretty quickly and it seemed as if only 10 minutes had gone by when we landed in Barcelona.The first thing I noticed, was that they speak a different language here (Catalan)! It’s still Spanish, but it’s like a different accent. Kind of like Flemish and Western-Flemish, the only difference being that this is an actual official language in this part of Spain. Somehow, this wasn’t a big problem, since they could understand me and I could understand them!

When I went to the toilet in the airport, there was a sign on the wall of a woman that had disappeared and all I could think was: “Did the toilet eat her?”.

Then I took the Aerobus (sounds fancy, but it’s just a normal bus that takes you from the airport to the city centre) to Plaza de Espana (or Placa de Espanya in Catalan), dropped my suitcase of at a suitcase drop-off place and started exploring the city.

I walked to and through and on Montjuic. This is a ‘mountain’ in the center of Barcelona, which houses the MNAC (Museo Nacional de Catalunya), the Olympic Stadium, a beautiful botanical garden and fortunately; many escalators! The botanical garden was the best part of it all, there were very few people there, the plants where beautiful and I just lay there on a bench for 30 minutes.

Then, around 20h it was time to go to my hostel. I checked in, put my suitcase in the locker, saw the disgusting bath and went out again for a quick stroll down the street. I ended up at Starbucks for my dinner (around 22h) and returned home, to go to sleep, since I was very tired from standing on escalators all day …

Oh, and traveling on my own isn’t as fun as I remember. Anybody want to join me in Lisbon on the weekend of the 14th? I would very much appreciate it! 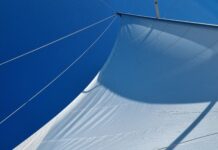 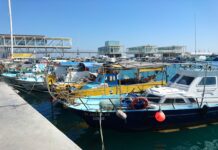 Why I sleep in my workout gear

How I Airbnb my guest room without the hassle

How I keep track of my (actual) monthly spending